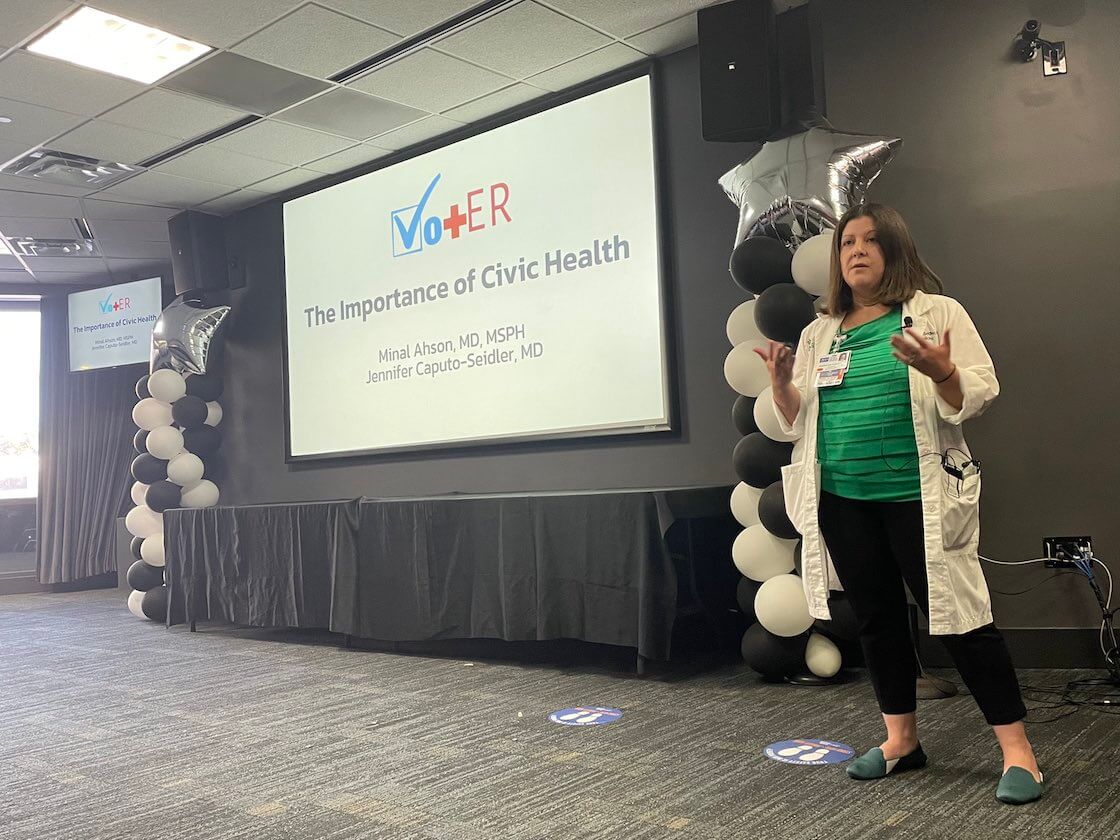 Jennifer Caputo-Seidler, MD, is an assistant professor of medicine in the Division of Hospital Medicine at the University of South Florida. Dr. Caputo-Seidler presented about Vot-ER in Grand Rounds for Internal Medicine, Pediatrics, Emergency Medicine and OB /GYN. Vot-ER spoke with her by email to ask her about her experience.

This interview has been edited for length and clarity.

Why did you feel Grand Rounds was the right place to share Vot-ER with your colleagues?

Grand Rounds is a very traditional structure in academic medicine, so I knew presenting Vot-ER there would give this work a certain level of legitimacy. I had the support of my department chair and vice chair because they had sponsored me in doing the Vot-ER fellowship , so I knew my presentation would be accepted for Grand Rounds.

When the chair of the largest department in the College of Medicine gives their public support by saying this is a topic important enough to be presented at Grand Rounds, that is a powerful show of support when introducing something new.

How was your presentation received?

The response was overwhelmingly positive.

I’ve received emails or texts from attendees ranging from students to faculty thanking me for bringing up this topic and asking how they can get involved.

I didn’t realize there were so many people interested in civic engagement at my university until I started talking about it.

What questions come up most frequently when you present Vot-ER at Grand Rounds?

One of the most common questions is whether I’ve ever had a patient respond in a negative way when I approached them about voting.

So I’ve shared the “worst” response: On the eve of the 2020 election, a patient who saw my Vot-ER badge said something along the lines of “What’s with your voting lanyard? I guess you’re voting for Biden.” I responded that I was encouraging my patients to make sure they were registered to vote. I then redirected the conversation by saying, “Let’s get back to why you are here in the hospital,” and there was no further issue.

Which Vot-ER resources were most helpful in preparing your presentation?

The Vot-ER slide decks! It made the presentation so easy to put together.

I also included the following research, which I found in the Vot-ER slide deck:

How did you follow up after your Grand Rounds presentation?

I distributed badges to internal medicine and pediatrics residents and hospitalists, then launched a team for the Healthy Democracy Campaign with a medical student captain who heard about one of my talks. 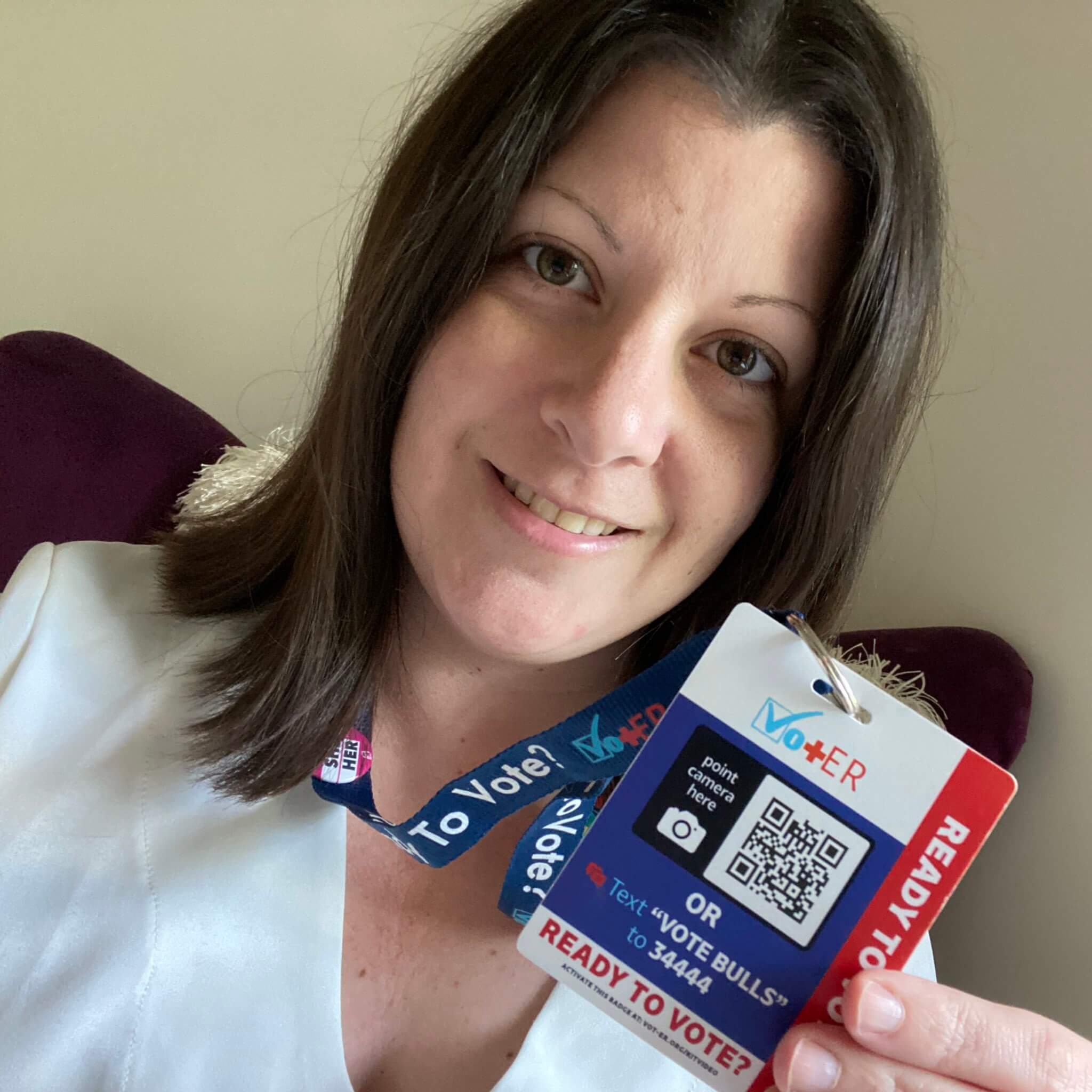